This morning, I was deciding on a few topic themes that would merit being covered in this month’s blog when I happened to surf my remote to the CBC news channel. Only two words kept being regurgitated over and over by an endless stream of early morning political reporters exuding their usual animated and artificially manufactured excitement.

Which two words you may ask? You guessed it— -“Mike Duffy!”

On the day where the long awaited Mike Duffy trial is beginning in Ottawa, I began this morning pondering on the pretentious human daily spectacle that transpires within the respected walls of our Canadian Parliament. What has become increasingly troubling is how poorly our publicly elected politicians behave according to expected guidelines for civic leadership, ethical conduct and specifically within the ascribed definitions for lateral violence as interpreted within mainstream definitions. Today’s blog is ½ rant and ½ research as we delve into the definitions and legitimization of lateral violence. Let’s talk about the abuses of power and the human casualties that ensue when actors of elected privilege exchange vicious and belittling remarks during most daily Question Period sessions in the House of Commons. Here are a few questions to ponder: Is it not true that we as parents teach our children not to engage name-calling and project ridicule or hostility onto others?

Do we as a society vehemently not condone verbal aggression, intolerance, bias and cultural insensitivity in our workplaces, cyber lives and public spaces? Do we not ask our governments to legislate anti-terrorism, anti-violence, anti-hate, anti-bullying and anti-harassment policies to protect us from all forms of unwanted social aggression and violence? Doesn’t Question Period as a confrontation/debate process represent an ironic contradiction to fundamental human respect standards, that at the very least, we reasonably expect our leaders to uphold? Clearly, something is totally wrong with this picture…..

Perhaps we as a “polite” Canadian society have become too desensitized to lateral violence – and that we simply can no longer socially decode blatant acts of hostility; especially when the media frames this white collar vitriol as: “a debate” among “honourable men”. Let us explore for the sake of a needed refresher, the specific conducts and behaviours associated with lateral violence – which has increasingly become a non-criminalized and more socially sanctioned avenue to displace one’s toxic hostility:

Bullying is an ‘offensive abusive, intimidating, malicious or insulting behaviour, or abuse of power conducted by an individual or group against others, which makes the recipient feel upset, threatened, humiliated or vulnerable, which undermines their self-confidence and which may cause them to suffer stress.’ Bullying is behaviour that is generally persistent, systematic, and ongoing.

Lateral violence is a term describing physical, verbal, or emotional abuse of an employee. Common forms of lateral violence include nonverbal innuendo, verbal affront, undermining activities, withholding information, sabotage, infighting, scapegoating, and backstabbing. Bullying and lateral violence have serious negative consequences for nurses, their patients, and healthcare employers. Disruptive behaviours are toxic not only to the nursing profession but also to the institution in which they occur. High staff turnover, sickness absence, impaired performance, lower productivity, poor team spirit, and increasing litigation are among the outcomes of workplace bullying (Field, 2002).

As we ponder for a second on these specific behavioural elements, I urge readers to tune in to any heated political debate which unfortunately populate high degree of late news and early evening channels. Perhaps you can try enduring the CBC’s “Power and Politics” and check off as many of the above bulleted items as you can. Or better yet, you can always try watching a pre-recorded session of Question Period through the “lateral hostility” lens and see how many specific manifestations you can list. The bottom line is that we should all be concerned about the frightening ironic realities of our governing social policies concerning the tolerance of violence in our society. I just can’t bring myself to ask a group of young children these days to watch an episode of Question Period and then caution them hypocritically not to: (a) yell and angrily point their finger at people (b) slam their papers on their desk in front of the teacher (b) name-call (c) interrupt others while they are talking and (d) organize a gang of friends to heckle and intimidate others who are talking to the teacher.

Ooops… I almost forgot to talk about the legislative strap! Should individuals cross this lateral violence-hostility line, the Criminal Code of Canada is always available to meter out enforcement should violations occur–there by legislating our rules of conduct in the public interest of ensuring individual rights and freedoms and a “violence free” society. So, next time you watch Question Period, remember that these honourable elected leaders you see on television are the policy makers that ultimately shape the lateral violence legislation that we, as good decent Canadians, must swear to abide to and uphold!

OK everyone……… with this new appreciation for political lateral violence in the House of Commons let’s take a quick peek under the bus to get a real good look at Mike Duffy…as he begins his long journey exposing “truth” spinning around on the never-ending carousel of Canadian political calamity!

Until next time
Migwetch & Merci Cho 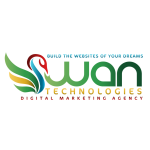 adminIs it a political debate? …or is it legitimized lateral violence?04.08.2015